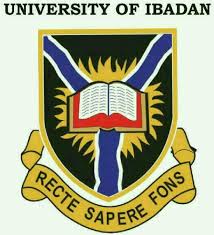 You might ask questions like: I had 180 and above but was not still given the admission to study my desired course?

Candidates with higher scores are first considered in admission basics candidates with lower scores though might meet the cut off mark of 180 may likely not be admitted. In fact, it is the higher your scores, the higher the chance of being admitted.

The Joint Admissions and Matriculation Board (JAMB) has released cut-off points for this year’s admission into universities, polytechnics, colleges of education and monotechnics today.

The University of Ibadan does not really have a specific cut off mark for courses. However, candidates who have scored a minimum of 180 in UTME examination are eligible to apply for admission into any of their choice courses.

In regard to the number of candidates seeking for admission at UI, the admission processes is competitive and admissions is given based on the higher the jamb scores, the higher the chances of being admitted.

The Departmental Cut of mark of University of Ibadan

Note: The cut off mark for each varies depending on the performance of candidates who applied to study in the school for that year.

University of Ibadan (UI) holds her admission screening exercises within a week or couple of weeks and it usually comes in two phases. Students who applied to study in the school are to proceed with the pre-screening exercise when once it is being announced.

Documents required for the pre-screening exercise are: SSCE result and JAMB registration print out only.

It is important that candidate arrives early and locate his/her screening venue early. Candidates will be screened based on their JAMB scores and their SSCE result respectively.

The second phase of the screening is after the admission lists might have been released. Candidates who have merited the admission will be invited for another screening exercise. Here all documents such as;

>>>If you have any question or helpful suggestion about University of Ibadan Cut-off Marks and admission requirements, please don’t hesitate to use the comment box to post your question so that we review & response ASAP<<<

Official Cut Off Mark For All Universities Admission 2022/2023 (Updated)

Cut Off Mark 2022 For All Schools in Nigeria